Elimination Diet That Eased My Symptoms

Consuming foods you’re sensitive to can increase inflammation and contribute to a range of symptoms and conditions. Here is the elimination diet I followed to identify food sensitivities that improved my health and eased my symptoms. Details of the foods I included and avoided, example meal plans & recipes and how I reintroduced foods.

Disclaimer: This post is intended for informational purposes only. I’m not a qualified practitioner and I’m not encouraging anyone else to do an elimination diet. Please consult a qualified practitioner before considering and undertaking an elimination diet or making any changes to your current diet or treatment plan. This post contains affiliate links, meaning at no additional cost to you I earn commission if you click on a link and make a purchase. See my full disclaimer here.

If you’ve been following me on Instagram, you’ll know that since the start of the year after reading:-

I’ve been doing an elimination diet to identify food sensitivities.

Elimination diet – first port of call for any symptom/condition?

Nutritionist Tom Malterre recommends an elimination diet to identify food sensitivities as the first port of call when dealing with any symptoms and illness. Consuming foods we’re sensitive to causes inflammation, which can contribute to symptoms and prevent you knowing whether other factors such as infections or mold, are also responsible for symptoms.

What is an Elimination Diet?

An elimination diet, in functional medicine, is the most effective away of determining food sensitivities that may be increasing inflammation, causing a leaky gut, suppressing the immune system and contributing to symptoms, such as dizziness, chronic fatigue and headaches etc.

Benefits of an Elimination Diet

With food allergies/sensitivities, the immune system overreacts and perceives the specific food to be a toxin or threat. In response, the immune system creates inflammation to attempt to destroy and remove the threat from the body (1). Whereas food allergies produce symptoms immediately, like hives, swollen lips and difficulty breathing, food sensitivities are difficult to identify as they can produce a delayed immune response that can take up to 3 days to appear (1; 2). Continued consumption of foods you are sensitive to causes prolonged inflammation, which damages healthy cells and tissues, causing symptoms (1; 2).

An elimination diet allows you to identify which foods you react to. Removing them from your diet allows the immune system to calm down, which reduces inflammation and allows the body to heal and regenerate and function optimally.

Elimination diets have been shown to improve symptoms for those with:-

80% of your immune system is in your gut. Therefore, a healthy gut is vital not only for physical health, including digestive, cardiovascular, metabolic, skin and hormonal health, but also mental health (1).

A healthy gut has small gaps in its lining which allows water and nutrients to flow through, whilst also blocking toxins and bacteria. If the gut lining becomes weaker, holes can develop, causing a leaky gut. This means the toxins, bacteria and undigested food can now pass through the gut lining into the bloodstream and spread throughout the body, which:-

Removing foods which damage the gut heals the gut lining and consequently strengthens the immune system, relieving symptoms of any inflammatory and auto-immune disease and preventing the development of any further conditions (1; 2).

3). Gives you more energy, both physically and mentally

how an elimination diet improved my health

The elimination diet I followed

There are lots of different versions of elimination diets but below is the one I followed.

I first removed the following foods, which are either common food allergens/sensitivities, increase inflammation, feed the bad bacteria in the gut or damage the gut lining: –

The majority of corn is genetically modified, which is lower in nutrients and higher in toxins.

Nuts and Seeds, including nut/seed butters, flours, milks and oils

Grains/pseudograins, beans/legumes, nuts and seeds and nightshades all:-

I replaced the above foods with nutritious anti-inflammatory, anti-viral and anti-bacterial foods, which are rich in vitamins and minerals to help reduce inflammation, increase the number of good bacteria in the gut, strengthen and heal the gut lining, rebuild other damaged tissues and support the immune system.

The following fermented foods increase the number of good bacteria in the gut, which strengthens the immune system (2): –

Ensure these products are raw, organic and unpasteurised.  Store bought products can be pasteurised to prolong shelf life, which kills the good bacteria and minimises the health benefits. I ate a range of these foods as each type of fermented food contains and provides you with different types of good bacteria.

Food Swaps for the elimination diet

Eliminating a large number of foods can feel restrictive. In my other blog post I’ve listed 20 Simple Swaps for the eliminated foods and drinks to make the transition easier.

Example Meals for the elimination phase

Below are example meals I had during the elimination phase:-

It’s common to feel worse for the initial few days to couple of weeks of an elimination diet. When eliminating foods that are causing inflammation and damaging the gut, the body goes through withdrawal, the same feeling you get if you stop drinking caffeine, for example.

Consuming inflammatory foods, and foods I am intolerant/sensitive to, impairs the body’s ability to detox and remove toxins efficiently, which may cause them to accumulate and build up in the body (1; 2). Removing these foods from my diet improves my bodies ability to cleanse and remove toxins, which may result in detox symptoms like:-

I experienced flu-like symptoms, nausea, headaches, fatigue and worsening of my shakiness and dizziness for the initial couple of weeks. After this my withdrawal reactions eased and I noticed improvements in my health.

Many people find relief from their symptoms during the elimination phase but the amount of time this takes varies for each individual.  Once I got to a point where I saw a noticeable improvement in my symptoms, I then began the reintroduction phase where I add eliminated foods back into my diet one at a time, and monitored if there was any reaction.

Again, there’s different ways of doing this, but I love Will Bulsiewicz’s approach in his book Fiber Fuelled (UK Link/US Link) and The Alter Health’s approach, which is to see your gut like a muscle. You wouldn’t walk into a gym and initially try to squat 100kg, so they recommend starting with a small serving of each eliminated food and not trying to eat a typical serving straight away (for example, don’t initially try to eat half a tin of chickpeas or 80 grams/1 cup of tomatoes).

The process I used was: –

When reintroducing grains, legumes, beans, nuts and seeds, I found soaking and sprouting them before consumption really beneficial.

Soaking and sprouting them has the following benefits:-

These benefits all make them easier to digest, meaning there’s less risk of them irritating the gut and causing a reaction.

For beans and legumes, the following are commonly able to be sprouted at home in a sprouting jar (UK Link/US Link). Make sure you buy organic beans and legumes designed specifically for sprouting as these have been tested to ensure they’re free from harmful bacteria:-

For nuts and seeds, most are just soaked in filtered water with lemon juice/salt for 4-8 hours prior to consumption as they are unable to be or very difficult to sprout.

Some grains, nuts and seeds you can buy already soaked and sprouted, like the following:-

Sometimes the reaction I could experience when reintroducing a food could be instant or I could experience a delayed reaction up to 3 days after consuming it. This is why it’s recommended to only add one food back into the diet at a time, up to every 7 days (1; 2).

Symptoms/reactions can range in severity from mild to severe, including:-

I kept a journal throughout the whole process, recording the foods and amounts of each food I had eaten and any symptoms to help make tracking which foods I could and couldn’t tolerate easier.

Tom O’Bryan recommends getting blood work done 6 months after reintroductions, as it’s possible to have no symptoms but have reactivated an immune response where you have elevated antibodies, meaning inflammation is developing and attacking healthy cells and tissues again (2).

Click to read my other blog posts with tips and strategies that are helping improve my health and manage chronic illness:- 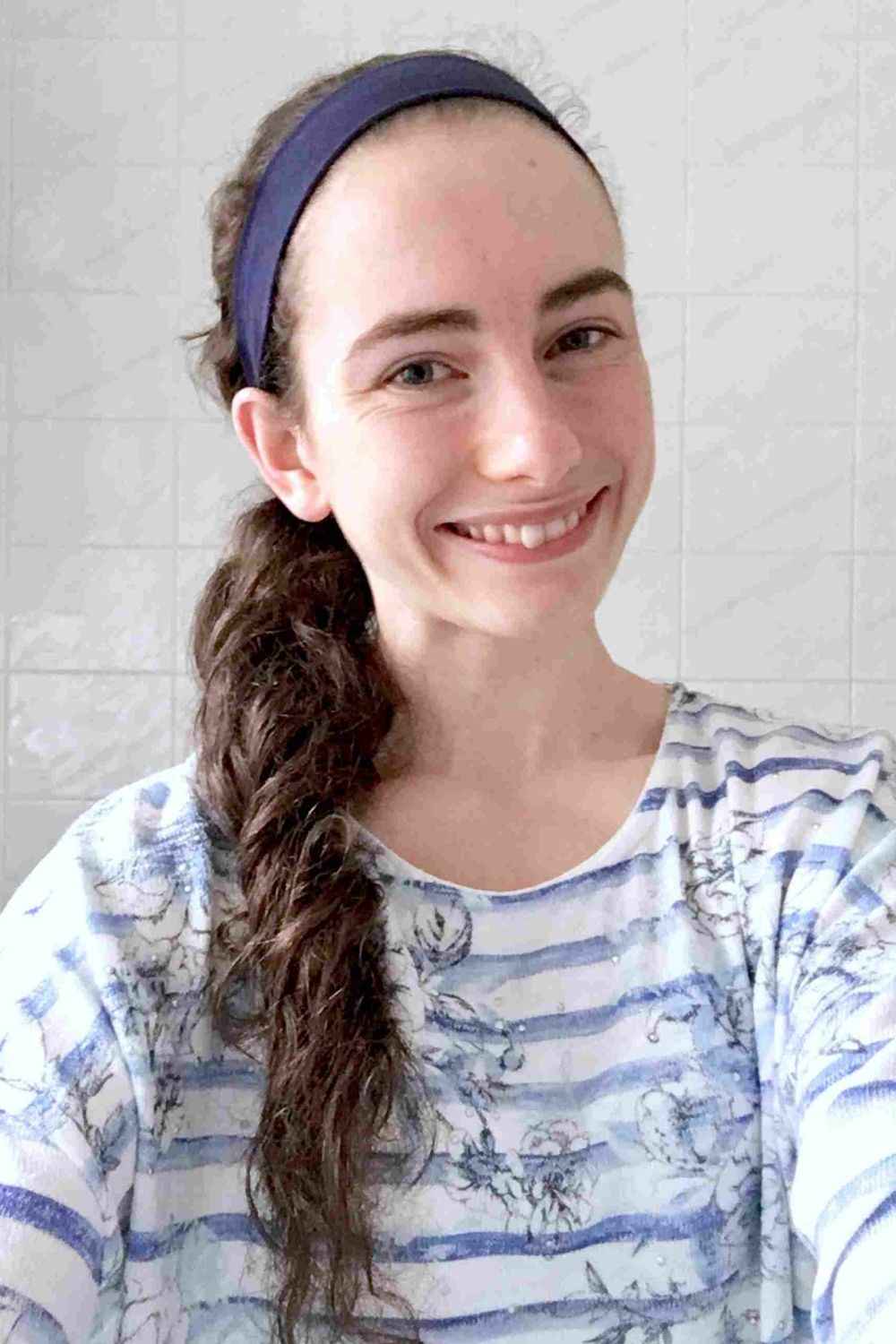 Welcome to LB Health & Lifestyle. I'm Lucy. Join me on my journey healing from chronic illness. I'll share health & wellness tips and treatments that are helping improve my physical and mental health, healthy nourishing recipes and tips for transitioning to a low toxin lifestyle.

As an Amazon Associate I earn from qualifying purchases.